Choosing A Surface For A Spray Pad

When you build a spray pad, you need to think about the type of traffic it will see and the location it will be a part of. The two most common locations to install a splash pad are at a park and as part of a community square. Spray pads at parks tend to have more slides, dump buckets, and interactive features. Those that form part of a community square tend to be limited to just fountains that children can run through and get wet. In either case, you need to pay careful attention to the type of surface you use for the spray pad.

One of the most popular surfaces for a spray pad is brushed concrete. The main reason for its popularity is that it is inexpensive to install. Workers simply pour a pad of concrete and then create texture in the surface by brushing it with a broom or brush. The bristles of the broom leave grooves in the concrete, which should provide anyone who wants to use the spray pad enough traction to avoid slipping and falling on the unforgiving concrete surface. Brushed concrete can look at home in a park or in a downtown shopping district, which is another reason for its popularity.

Paving stones create a second surface that you can use with a spray pad. If you are worried that brushed concrete will look too utilitarian and thus not meld with the overall design theme of your community center, then you can use paving stones to make the spray pad look a little more upscale. It is best to use smaller stones so that the grooves between each stone can help to provide traction.

A third surface for a spray pad is foam rubber. No matter what type of surface you use, people will still fall. If they fall on brushed concrete or paving stones, it's going to hurt. Foam rubber will provide a little shock absorption so that those playing on the spray pad are less likely to get scrapes and bruises if they take a fall. On the other hand, rubberized surfaces look a little more at home in a park than they do in a city square.

The two main factors to consider when choosing a spray pad surface are the location of the pad, and your available budget. If you have a limited budget, brushed concrete will look equally at home in a city center as it does in a park. If you have the budget to dress up your pad a little, then you should use foam rubber for the park and paving stones for the city center. 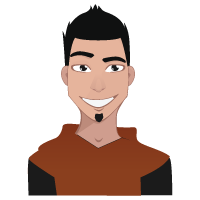